Stem this round was learning about Acid and base. Before we learning deeper into acid and base first we learn about the solution. What is the solution?  This is not a means of solving a problem or dealing with a difficult situation solution. This solution is a mixture of two or more substance together. We got to do a lot of activity with it and also reading some article on CK12 to make us get more understand and one of the things is we got to do a PH testing too. At the end of the week, we also play some game to help review the lesson that we learn and we all have fun with it.

Stem this round is fun. We have a new topic which is called Carbon. Carbon has three types. There are Diamond, Graphite and Fullerence. We also have a schedule for each day of the week of what we will doing. For Monday we usually have an independence reading which we read the article about the topic in Ck12 and write all the question that we have and also vocabulary down. For Tuesday we usually have a discussion about what we understand about the topic and also ask the question that we note from Monday to the teacher.  Thursday we usually learn together like watching a video and also listen to the teacher to explain and do an experiment if we have. And Friday is Review day we did Kahoot to help review what we learn in the week.

Now stem class is digging to more interesting thing to learn. This round we were learning about the periodic table. The periodic table is a table that content and organizing all the elements that we have and it was made by Mendeleev and it arranges and increasing by the atomic mass. But for right now the modern periodic table was increasing by the automatic number. We will have a test every week to let our teacher know that how is the student learning right now. We still using Ck 12 to learn and we also do some experiment in class and also the explaining skill and teamwork too. There are more thing to explore in science and I feel like when I learn more deeply into it. it makes me more interesting and kind of get more understanding.

This is the second year for the stem. Everything has changed even the article and also what we are learning. Last year we learned about Earth science but this year We were learning about Physical Science. We use CK12 to learn and also practice our learning. Before we go to Physical Science we have a little bit of review and it was fun. All of our week we learning about Atom and inside of an atom. So we did a lot of activity to learn. And a lot of experiment too. We also have a quiz at the end of the week and it does not very difficult. and all of the students did very well. 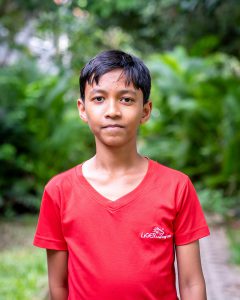